What to do with Pigeon Pea(Cajanus cajan) 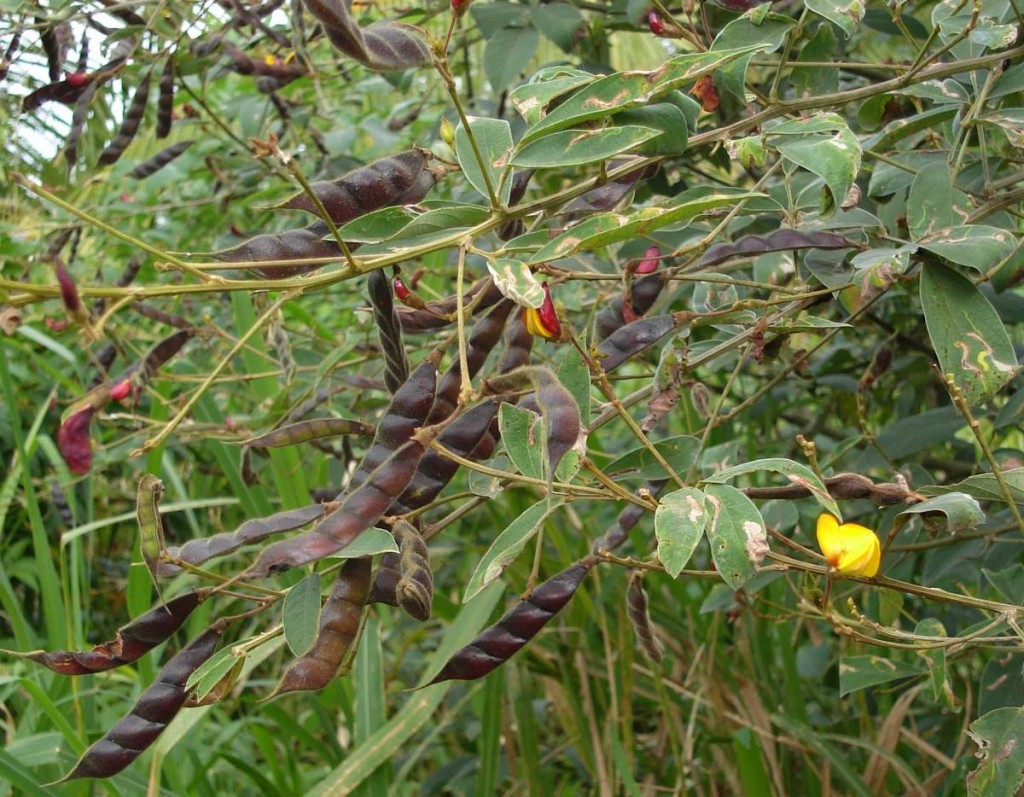 Pigeon pea, Cajanus cajan, has been cultivated for at least 3000 years, is a perennial (although seed yield drops considerably after the first 2 yrs.) legume of the semi-arid tropics and very drought resistant and heat tolerant. It enriches soil through symbiotic nitrogen fixation.  Pigeon pea can be used as a Green manure, the nitrogen attached to the roots is released when the plant is cut back, however most of the fixed N is transferred to the seed after flowering. It tolerates poor soils better than some other green manures and ground covers.  Seedlings emerge (under irrigation or after rain) 2-3 weeks after sowing, growth is slow until the taproot develops.